I thought now that a couple of months have passed it would be good to reflect on our time at CeBit as there was a lot that we learnt and experienced there. 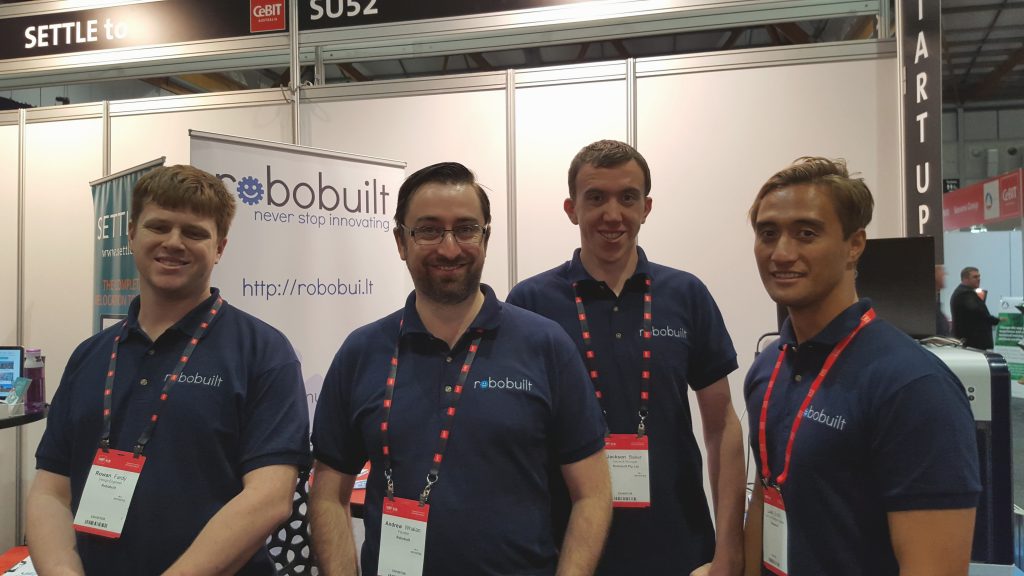 The RobobBuilt team at Cebit 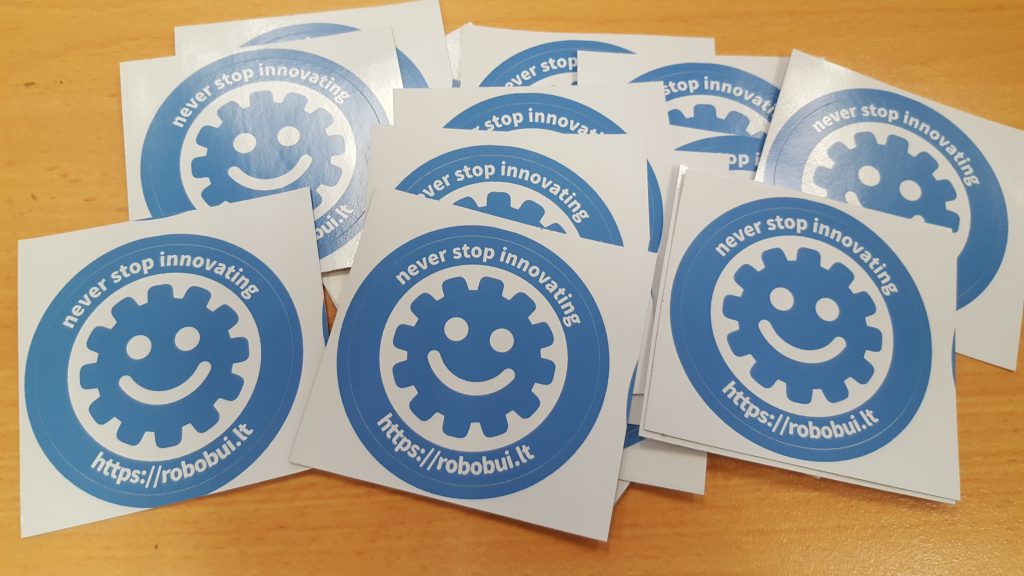 Having been at a few of these events in the past I thought it would be great to have something to hand out to engage with people. Stickers really helped us start conversations with people walking by. In the startup area there were heaps of other new businesses competing for eyeballs, giving something away that was fun & happy was a great way to start a conversation.

If you missed out on stickers we’ll start selling them for a nominal fee on our store, but in the interim if you get in touch I’ll post a few your way.

At these sorts of events, you expect to see politicians. It’s partly for PR and partly so they can see what’s going on. I was lucky enough to grab the attention of the Minister for Regional Development, Skills, and Small Business, the Hon. John Barilaro MP. 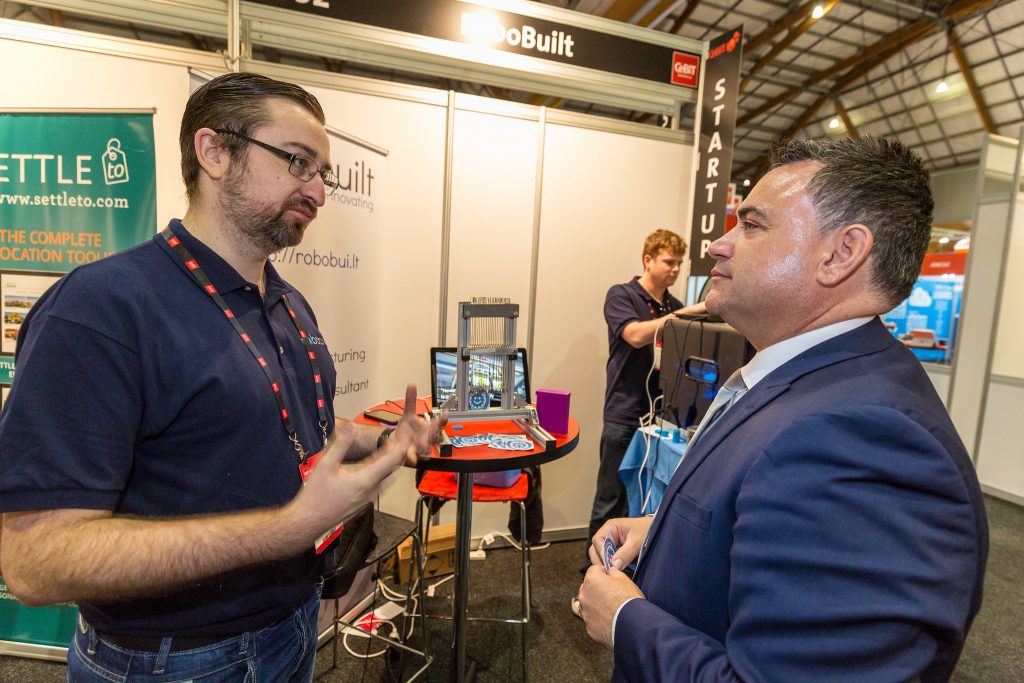 We had a quick but engaged chat about what we were doing. He seemed interested that we were are innovating in a struggling industry and based in Newcastle which is a regional centre.

It was the first time I’ve ever talked to someone with a media scrum, so it was a pretty intense experience to have so many flashes going off but I’m glad that I had the opportunity to talk to someone at his level about what we’re trying to achieve.

There seemed to be a lot of focus on 3D printing from startups and corporates alike. This meant that most conversations we had started with “So you’re here to sell 3D printers?”.

The other key group of businesses I noticed were software-as-a-service products. A lot of them seemed to struggle to grab eyeballs. Having worked so long in software I can attest to how hard it is to make something that’ll help simplify your life or streamline your business “sexy”.

Our friends at Servers Australia had a massive stand at the entrance and were giving away cloud shaped stress balls … obviously we got in on that.

The team all agreed that it was a great experience to learn better how to sell what we’re doing to people from a wide variety of backgrounds. Trying to articulate what we are doing was challenging at times without a working prototype but it seemed that most of our visitors were quick to get what we were trying to achieve.